Kelby Krabbenhoft out after nearly quarter at Sanford Health

by MeccaMotive
in Leadership Advice
35 1
0 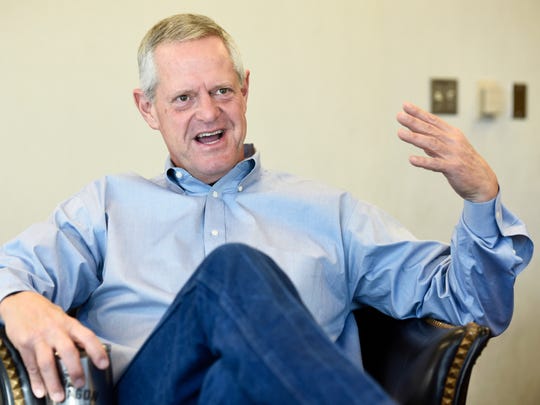 Kelby K. Krabbenhoft, president and CEO of Sanford Health, speaks about the company’s new Sanford Lorraine Cross Award on Wednesday, Nov. 8, 2017 at Sanford Health headquarters in Sioux Falls. An individual who has made a significant contribution to healthcare will be selected to receive the $1 million award every other year starting in 2018.  (Photo: Sam Caravana / Argus Leader)

When he announced the merger of Utah-based Intermountain Health with Sanford Health last month, Sanford CEO Kelby Krabbenhoft said he wanted to retire at 65.

Sanford Health announced the resignation of Krabbenhoft on Tuesday night. It marks the end of a run that started in 1996 when Krabbenhoft took over what was then Sioux Valley Hospital.

“We decided that today was a good time to retire,” Krabbenhoft said in a statement to the Argus Leader. “Sanford is in a good place, strongest ever. It is Thanksgiving week and almost exactly 25 years since my family came here. It is a good time to say “goodbye.” I came here quietly with three little kids 25 years ago, and now they have given me three great spouses, whom I adore, and seven little ones who I can spoil and love.”

The organization announced that the Board of Trustees appointed Bill Gassen president and CEO. Gassen has been with the organization since 2012, most recently serving as chief administrative officer, Sanford Health said. His appointment is effective immediately. 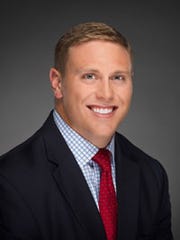 “Bill is the right person to lead Sanford Health through these unprecedented times because of his substantial experience with many aspects of the organization and his deep commitment to our workforce,” board chair Brent Teiken said in a news release. “We’re extremely optimistic about having his steady hand at the wheel in partnership with our existing leadership team.”

The announcement follows a tumultuous few weeks for Sanford Health that started with the Intermountain merger plan and the revelation that the new health system would be based in Salt Lake City, Utah, a sign to some in the community that Sanford is set to become subservient to Intermountain when the merger is finalized, which is expected next summer.

Then last week, Krabbenhoft sent a lengthy email to Sanford employees that started with the line: “I have had the virus (COVID-19).”

While it thanked Sanford employees for their hard work, the email was controversial because it questioned the need for masks among people who have had COVID-19. Those who have recovered from the disease have immunity, he wrote, lasting at least seven months and perhaps years.

“For me to wear a mask defies the efficacy and purpose of a mask and sends an untruthful message that I am susceptible to infection or could transmit it,” he said. “I have no interest in using masks as a symbolic gesture when I consider that my actions in support of our family leave zero doubt as to my support of all 50,000 of you.”

Krabbenhoft also recounted his experience as a scrub technician, saying he understood masks and their use for infections disease protocols in surgical settings. But he questioned their use outside of those environments. 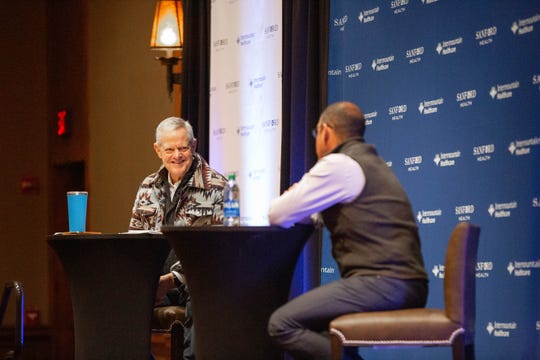 “The ‘on-again, off-again’ behavior of mask use by the general population violates every notion of serious infectious management that I was trained to adhere to, so some of this is absurd,” he wrote.

The email set off a chain reaction of both regional and national news stories. What came next was an unprecedented break with Krabbenhoft from members of his senior staff. They sent a second email to employees that framed Krabbenhoft’s email as a “strong desire” to share his personal experience with COVID-19. It apologized to employees who were left frustrated and disappointed by Krabbenhoft’s email.

“When it comes to immunity the science is evolving and we must continue to follow CDC guidelines,” the email said. “Whether you’ve had the virus or not, it is recommended that you wear a mask when you cannot be socially distanced. Our masking policy for Sanford Health remains unchanged.”

Gassen and his wife, Jill, have five children. He has a law degree and an undergraduate degree in criminal justice from the University of South Dakota.

Krabbenhoft graduated from Concordia College with a degree in hospital administration. He took executive jobs at several hospitals in the region before being tapped to lead Sioux Valley Hospital.

Through a close personal friendship with banker T. Denny Sanford, Krabbenhoft changed the trajectory of Sioux Valley both in size and name when Sanford donated $400 million to the health system in 2007. The gift renamed Sioux Valley to Sanford Health and propelled the system to expand across the region.

But Krabbenhoft admitted last month that his relationship with T. Denny had grown distant, and that he hadn’t spoken to the banker in more than a year. Sanford’s interests in donating to philanthropic causes, Krabbenhoft said, had shifted.

Krabbenhoft also acknowledged the revelation this summer by the Argus Leader and ProPublica that at least one electronic device owned by the banker had been the subject of a local and state child pornography investigation. No charges have resulted from those investigations.

It may not be a surprise in light of the COVID-19 pandemic, but Kansas State University’s Erin Yelland said...

The Wire: UBC president and director of the School of Public Health face backlash for travelling during pandemic

Why I decided to become a HEALTH & LIFE COACH✨

How to Turn 1 Customer into 100s with Lesley Logan